Learn the basics before starting up in Singapore

What I need to know before incorporating?

The 5 requirements to incorporate my company

Tips on picking my company's name

Role of a company secretary

What is the capital of a company?

Setting up an E-commerce Company in Singapore

What is Unique Entity Number (UEN) in Singapore?

How to register a company in Singapore: the ultimate guide

Things to consider while starting a Private Limited Company

The different types of companies in Singapore

What is a Special Vehicle Purpose (SPV)?

Subsidiary versus Branch Office in Singapore

Overview of the different company types in Singapore

Sole proprietorship VS a private limited company in Singapore

The different types of insurance

KYC documents for my Director

KYC documents for my individual shareholder

KYC documents for my corporate shareholder

What is an SSIC Code?

How to choose my SSIC Code?

Top 100 most used SSIC codes for companies in Singapore

Permits and licensing in Singapore

Permits and Licensing in Singapore

Permits and licensing for a retail shop

Permits and licensing for trading activities

Permits and licensing for a hotel, boarding house or guest home

Permits and licensing for a spa

Permits and licensing for a travel agency

Permits and licensing for an F&B (food and beverage) business

Permits and licensing for an event management company

Permits and licensing for a real estate agency

Permits and licensing for a publishing business

Permits and licensing for a private education business

What is a Financial Year End (FYE)?

How to choose my Financial Year End (FYE)?

How to choose the office spaces in Singapore?

The FinTech industry in Singapore

Introduction to coworking spaces in Singapore

Tax waiver for a dormant company

Incorporating my company in Singapore

Country guide: Singapore versus other countries

Singapore versus the Philippines

Why incorporate in Singapore?

Incorporating my company with Sleek

How Sleek can help me to incorporate my company?

Changing my corporate secretary to Sleek

How to choose the right corporate secretary?

How to activate the two-factor authentication?

How to renew my services?

How to reset my Sleek password if I forget it?

How to accept invitation from Sleek platform

How to pay an invoice via a payment request?

How to change the email address/password of my Sleek account?

How to add a standard user?

How to check my past transactions and invoices with Sleek?

How to pay by bank transfer or PayNow?

How to appoint a new Company Admin on Sleek platform

How to check the SSIC code of my company?

How to check the Unique Entity Number (UEN) of my company?

How to check the Financial Year End (FYE) of my company?

How to check the incorporation date of my company?

How to check the registered office address of my company?

How to check the capital of my company?

My certificate of incorporation

How to SleekSign my documents?

Request for your bank account opening through Sleek platform

Appointment of a new director

How to change my Financial Year End (FYE)?

I have changed my registered address, who to notify?

How to transfer my shares?

What is a stamp duty?

How Sleek can help me with my accounting?

Onboarding process for my accounting

Introduction to E-invoicing on Xero

How to register for E-invoicing on Xero

Managing your sales invoices on Xero

How to create a sales invoice in Xero

How to create a repeating sales invoice in Xero

Setting up your bank feeds with Xero

Set up bank feeds with Xero

How to set up bank feed for DBS Bank

How to set up bank feed for OCBC Bank

How to set up bank feed for HSBC Bank

How to set up bank feed for UOB Bank

How to set up direct feed for Stripe

How to set up direct feed for TransferWise

How to set up direct feed for WorldFirst

How to set up direct feed for PayPal

Transfer of your Xero subscription to Sleek

How to add expenses to a new Expense Report in Dext

How to add/remove items in existing expense report in Dext

How to edit your expense report in Dext

How to delete your expense report in Dext

Change payment currency of an expenses claim report in Dext

GST (or VAT) in Singapore

Introduction to GST (or VAT) in Singapore

How do I file a GST return?

Introduction to types of financial statements

What is the XBRL?

Year of Assessment (YA)

Information required in a tax invoice

How to save on taxes by claiming home rental as a business expense?

Differences between Accounting and Bookkeeping

What is multi-currency and why is it important?

Manage your users who can submit documents for accounting

Submit your expense receipts via WhatsApp

Submit and manage your purchase invoices and receipts with Sleek

Submit your expense receipts by email

What is Foreign Worker Levy (FWL)?

What is Central Provident Fund (CPF)?

What is Skills Development Levy (SDL)?

Template for your payslip

What is Self-Help Group (SHG)?

Onboarding process for my payroll

Tips to manage my payroll in Singapore

Tax residency of a company in Singapore

How to get a tax residency certificate?

How to set up my CorpPass?

What is the CorpPass?

The deadlines for my company

Important deadlines for my company

Common penalties for companies in Singapore

What is an Employee Stock Ownership Plan (ESOP)?

Factors to consider while implementing ESOPs

What are the types of dividends in Singapore?

Amendment of my constitution

What is a company's constitution?

How to amend or adopt a new Constitution

What is a convertible note and how it works?

What is a capital increase?

How to onboard a new shareholder?

How to register the Data Protection Officer (DPO)

What is a Data Protection Officer (DPO)?

What is a capital reduction?

How to decrease my capital?

Funding for your company

Steps before raising a round of funding

The 6 main sources of funding for your startup in Singapore

Accelerators and incubators in Singapore

Where to find my incubator or accelerator

Grants for entrepreneurs in Singapore

6 digital tools for your business to close deals faster

How to close my company?

Two ways to close a company in Singapore

How to strike off my company?

EMPLOYMENT AND VISAS IN SINGAPORE

How to sign up for Employment Pass (EP) Online

How to apply for an Entrepreneur Pass (EntrePass)?

S Pass and key factors to a successful application

Employment Pass rejected, how to appeal?

Changes in visa requirements in 2020

Requirements for changing from LOC to EP

Recruitment of an Employment Pass holder

Recruitment of a Singaporean Resident

How to Become a Singaporean Permanent Resident (PR) 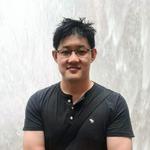 Updated 2 years ago by Layton Leow

Want to start-up your own company but feel baffled by all the jargon? Don’t worry, we know that the process of incorporating a company can be confusing. In this short article, we explain the complicated terms in plain language and simplify the steps of how to issue shares in your company.

A share is an indivisible unit of capital, expressing the ownership relationship between the company and the shareholder. The denominated value of a share is its face value, and the total of the face value of issued shares represent the capital of a company.

The term ‘share capital’ refers to the funds that the company raises in exchange for issuing ownership in the company in the form of shares.

Issued share capital is simply the monetary value of the shares that a shareholder has to pay in exchange for the shares of the company. Once a shareholder is entered in a company’s register of members, the shares have been issued. The issued share capital of the company is the total number of shares that have been issued in the company multiplied by the nominal value of each share. There are no limitations on the nominal value per share. It comprises on both paid-up and un-paid capital.

What is Paid-up capital?

In basic terms, Paid-up capital is the portion of shares that the company has issued and received payment for in full from shareholders. These shares can be ordinary shares, preference shares or some other class of shares.

How many shares shall I issue to start my company?

The minimum issued capital must be at least $1.00 and needs to indicate the total amount that each shareholder have paid for their shares to incorporated a company in Singapore.

There is no minimum paid up capital required. In other words, it is possible to issue 1 share to get started. In Addition, there are no limitations on the price per share. For instance, you can issue 1 share at $1.00 or at $10.00.
The company may increase the amount of money paid in by issuing more shares at any time after incorporation. There is no limit to the amount of shares that you can issue in Singapore.
In Singapore, a company may issue shares to investors with the understanding that they will be paid a later date. This allows for more flexible investment terms. The amount of share capital that shareholders owe but have not paid is referred to as un-paid capital. Once the company makes a request for the payment it becomes called-up capital.

What is Stamp Duty?

The transferor and the transferee usually decides among themselves who is liable for the payment of the stamp duty and stated on the agreements. However, if the agreement does not state who shall pay the share duty, the transferee shall be the person to pay it by complying with the Third Schedule of the Stamp Duties Act.

When to pay the stamp duty?

Document needs to e-Stamp before signing it. No penalties will be charged if the document signed or e-Stamped within the following time frame:

Stamp duty can be paid using FAST (for DBS / POSB accounts), AXS Kiosk, eNETS, GIRO etc. There are various means to pay the stamp duty. However, the stamp duty must be paid in  full with no instalment payment.

If you are ready to start-up your company in Singapore, contact us now to find out more about how we can help you.

Did this answer your question?

(opens in a new tab)